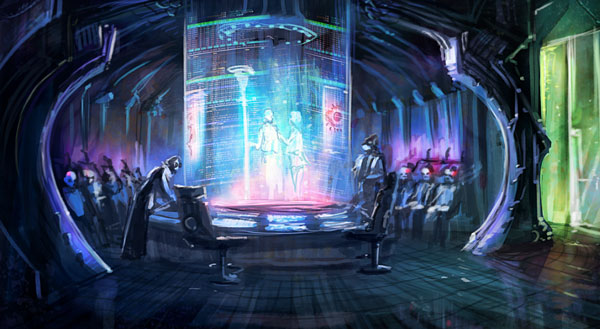 Nicholas Kahn and Richard Selesnick (both born in 1964) have brought modern art, scifiart and space art together into an amazing creation. Their galleries – The Apollo Prophecy and The Hour Glass Seaare mesmerizing and simply amazing. They bring together elements of fantasy, reality, and artistic expression into truly wonderful works of art. 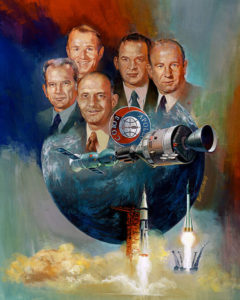 The Apollo Prophecy is a lunar inspired extraterrestrial and extraordinary space artwork
collection that appears more realistic than creative in some ways. The name it self is based on the Apollo missions to the moon. The works of art look as if they had been taken on the surfaces of moon during during a new lunar expedition. There is an emphasis in The Apollo Prophecy on a black and white approach that feels almost retro in its appeal. You can see the inspiring collection on their web site –Apollo Prophecy

The Hour Glass Sea is a modern take on the Rover images and overall NASA expeditions of recent years. NASA commissioned it as part of their media relations for the Curiosity mission. In a unique combination of original Mars photographic work and various Earth inspirations, the gallery focuses on the dream world interpretation of what extraterrestrial life looks like on the Red planet. The goal is to mix modernity with a passion for the arts and create an approach to art that is both fantastical and yet based in reality.

The idea is to depict what life would be like in a Martian environment The colors, unlike The Apollo Prophecy project, are not black and white but more colorful in nature. The overall hues range in the earth tone reds that are common of adobe artwork. The red clay of the works help to create an overall appeal that succeeds in enhancing the appearing reality of the projects.

Both projects help to bring back some of that dreamy child like inspiration that thinking of space travel and exploration bring. The idea of the fantastical and magical allure of space.

If you want to “own” these amazing space artworks, there is also a book calledApollo Prophesies which is published by the Aperture Foundation. This book, containing amazing panoramic photographs about the moon exploration project, is now also available on Amazon.