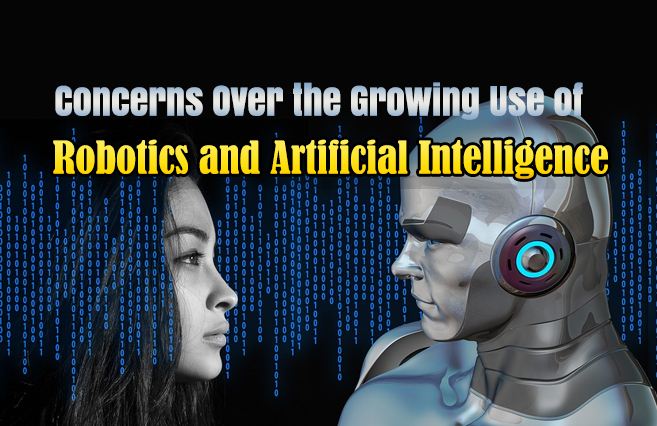 Modern technology has impacted almost every aspect of our civilized world.  It’s hard to imagine life without a computer, a car or a Television. We’ve witnessed how for example computers evolved from large rooms holding big equipment with limited capabilities to extremely powerful devices like smartphones we carry with us everywhere. Now we have the prospect of the significant real-world emergence of robotics and artificial intelligence.  According to Wikipedia robotics is defined as:

Robotics is an interdisciplinary branch of engineering and science that includes mechanical engineering, electrical engineering, computer engineering, and others. Robotics deal with design construction, use of robots as well as a computer system for their control, sensory feedback, and information processing. Artificial intelligence (known as machine intelligence) is intelligence exhibited by machines rather than humans. It is the study and invention of intelligent agents in making devices that perceive its environment and takes action that maximizes its chance of success at some goal.

They key is that last sentence focusing on “takes action” and “success at some goal”.  This means that robots powered by AI should become increasingly capable of doing tasks that require intelligence and mobility – just like a human.  Capabilities such as visual recognition, understanding human speech, situational analysis, processing complex data and much more. 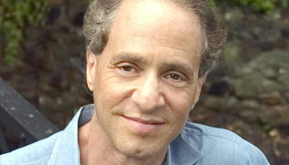 There is no doubt that these technological advances have significantly improved the lives of humans.  Robots are routinely used in dangerous environments where humans can’t easily go, AI systems help us process large volumes of data quickly and efficiently and much, much more.  At the same time, a lot of well-known people have shown concern over the long-term impact and implications of using AI and Robotics.  They envision the scenario laid out by many apoplectic writings, movies and TV shows such as Terminator where machines take over.  In fact, Ray Kurzweil who is a well-known futurist and AI researcher predicts that AI will reach the Singularity point in the next 20 to 30 years.  The Singularity is when AI (and robotics) will become smarter than humans and start to evolve in ways we can’t fully control or understand.

Mark Zuckerberg, the founder of Facebook, is a supporter of AI.  He was recently quoted as saying:

One reason I’m so optimistic about AI is that improvements in basic research improve systems across so many different fields from diagnosing diseases to keep us healthy, to improving self-driving cars to keep us safe, and from showing you better content in News Feed to delivering you more relevant search results. Every time we improve our AI methods, all of these systems get better. I’m excited about all the progress here and its potential to make the world better. Professor Stephen Hawking also expresses his views on the advancement of AI, he stated regarding the technology: Elon Musk also has been very vocal about his concerns of AI taking over and being a threat to Humanity.  He recently stated:

…it just something that I think anything that represents that is a risk to the public deserves at least insight from the government because one of the mandates of the government is the public well-being. And that insight is different from oversight, so at least the government should have the insight to understand what’s going on, and then decide what rules are appropriate to ensure public safety. That is what I’m advocating for. I’m not advocating for that we stop the development of AI, or any sort of straw man, hyperbole things that have been written. I do think there are great benefits to AI. We just need to make sure that they’re indeed benefits, and we don’t do something really dumb.

The development of full artificial intelligence could result at the end of the human race is a popular discussion topic.  If the AI system replicates all aspects of human intelligence, will the system be sentient, will it have a conscious experience or a mind? There is that fear that AI may pose as a threat to mankind. Will a sufficiently intelligent AI have the ability to choose actions that could be based on achieving a goal, exhibit convergent behavior such as acquiring resources or protecting itself from being shut down?

If we take a step back from the long-term discussion about the impact of these technologies, we will see there are more immediate concerns we need to consider.  The first and perhaps most concerning is the impact on jobs. It has been argued by many economists how the use of machines may result in the devaluation of human labor and lead to a reduced demand for human labor. This could lead to a significant increase in unemployment rates as the employers with their sole purpose of maximizing profits will find it cheaper to acquire machines that can do the work of labor more efficiently and at a faster rate.

As machines begin to exceed the capabilities of humans, they will be given more opportunities to replace human labor. This effect is concerning as it will leave many jobless as their skills become obsolete. No one is quite sure if new jobs will arise to fill the need for human work or if the benefits of robotics and AI will lead to a reduced need for humans to work in general.  This uncertainty leaves many government officials and future thinkers concerned.

Another area of concern is the risk of criminality with these emerging technologies.  With the rise in technology, cybercrimes and internet crimes rose as well. With robots and AI becoming more integrated into our daily lives, that leaves more opportunities for criminals to exploit those technologies. AI in the hands of terrorist groups could be disastrous for countries as their societies become more and more dependent on those technologies. And of course, the ability to enhance and take war-making to new levels with these technologies provides a great level of certainty.  Will it mean battles are fought with machines and not people?  Or will it mean machines battle people and lead to greater destruction and death.  What starts out today as a simple robot building kit can evolve into something much greater in the future.

AI, in particular, raises a whole host of ethical issues that will have to be considered.  For example, if an advanced AI is responsible for a death – who is at fault?  This is especially true as we consider self-driving cars.  At some point, if AI becomes so powerful do we consider them sentient and having rights?

There is no doubt it’s a brave new world we are heading towards where our technologies we are creating as humans are beginning to be human-like.  We will be heading a time that mankind has never seen before and the challenges surrounding these emerging technologies may determine the fate of the human race.  It could excel us quickly to a bright future, bring us to our own demise or somewhere in between.  It will be fascinating to watch!