What the world would be without color? It will be definitely dull, literally and figuratively. Colors are already fun to look at, but there are so much more fun things about them that are worth knowing! Check them out here in this gallery. Based on a survey conducted by global marketing firms, people prefer blue the most than any other color (40%) while purple comes a distant second (14%). On the other hand, white, yellow and orange are among the least favorite colors. As early as 2 weeks of age, infants can distinguish their first primary color, red. It’s probably because red has the greatest wavelength compared to any other color, which makes it easier to process by the babies’ developing sight. By the time babies reach three months, they will be able to see and recognize the full spectrum of colors. 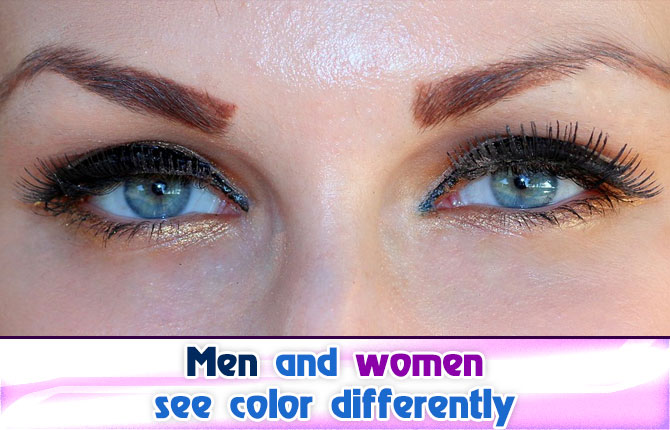 While women see maroon, burgundy, scarlet and crimson, for men it’s just plain red. A research done by the Arizona State University in Temple revealed that there is a specific gene that allows us to interpret colors such as the color red. That gene sits on the X chromosomes, and women have two X chromosomes while men have only one. That’s why women are able to perceive the red-orange spectrum as well as identify a wider range of colors. So if your girlfriend or wife has a difficult time to decide which color of lipstick she wants to buy, just accept it as it is — it’s a female thing. Pink is more than just a color of Barbie’s dream house. It is a palliative color, that’s why many prisons and mental health care institutions use pink to control the belligerent or rowdy behavior of prisoners and patients. Don’t forget to include pink in your anger management program. You would not believe that there are a handful of people who want to avoid a certain color or colors altogether. They may have chromophobia, or irrational fear towards colors. It may be as a result of trauma. For instance, a person may have a strong aversion towards red (usually associated with blood) which may remind him or her of past experience.

People with this condition will suffer any of these symptoms: dizziness, nausea, headaches, shortness of breath, feeling of panic, and trembling. Overwhelmed by the 20-page book of color car options as you go to purchase your new car? Choose silver or white — silver- or white-colored cars are the least likely to get into vehicular accidents.

According to studies, silver is the safest color for your car, as it is visible on the road in most conditions — in the daytime or well-lit roads, in low light, and even under the snow. However, it can’t be seen during heavy rains and thick fogs. White is also a great choice, as it is visible under all conditions except snow. Besides, a white car cannot escape from visible dirt like mud, while silver still manages a clean look. Ever wondering why many chicken coops are equipped with a soft, red or red-yellow light? It’s because these farm fowls are comfortable with it. Red soothes the chickens, helping them to be calmer and sleep better. It also prevents them from aggressive pecking and even cannibalism. The notion that bulls really turn into “beast mode” whenever they see red is a myth. Bulls are actually color blind. They only get aggressive because of the matador’s taunting. While yellow is a happy color, an overdose of it will make you really nauseated. That’s why it is not recommended for use in airplanes. And yellow is too stimulating for places where you need to relax, like the bedroom. In fact, it is seen by many people as the most irritating color. Colors technically do not exist. They are the result of our brains trying to process everything from the signals and information it receives from the outside world. Interestingly, animals see colors more differently than we do.