Each and every one of us exists in a world, along with animals, plants, and other living organisms. Our world, as we know it, is constantly repeating a cycle of life, which reproduces lifeforms living together. A part of this cycle is the food chain, wherein humans are at the top and are vital for the continuity of life on Earth.

Aside from animals and plants, non-living physical parts of the environment are also essential in supporting life on our planet. These non-living parts include natural elements we see everyday, such as sunlight, water, wind, and many others. These factors are required in the survival of various organisms, including humans. A perfect example of this is oxygen, which our body needs to function properly.

All of these organisms and components are part of an ecosystem. In our world, several ecosystems are present, which are responsible for sustaining life. Interestingly, there is a science that focuses on the study of various ecosystems called ecology.

In this article, we are going to look into the more profound definition of ecology, and mainly, what is its history?

As mentioned earlier, ecology is a branch of biology, which involves the study of several ecosystems, particularly the interactions between organisms and the environment surrounding them. Another point of interest in ecology is the biodiversity of lifeforms here on Earth. Several other factors contribute to the entirety of ecology, and it includes the distribution, biomass, and populations of organisms.

Based on the above definitions, we may come to think that ecology has its similarities with biology. However, they have a huge difference in their scope of learning since biology focuses on a more in-depth study of the anatomy, physiology, cellular and molecular properties of all living organisms. On the other hand, ecology focuses on the study of the environment, climate, natural resources, and physical elements and how do living organisms interact with these factors. Although, with all these factors, it is evident that ecology has a significant role in biology since it provides a wider range of knowledge in biodiversity living in a specific area.

What is the origin of ecology? 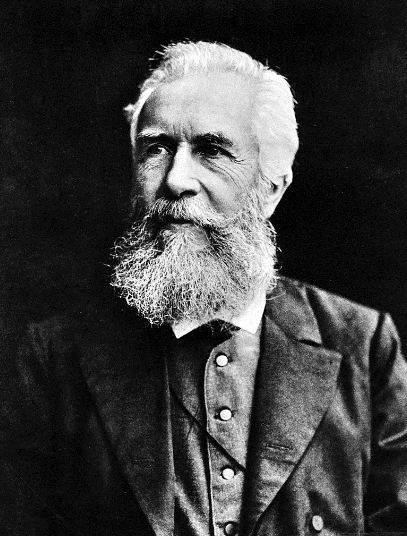 The first persons to have studied natural history are Hippocrates and Aristotle during the 4th century. However, their works are far from the modern knowledge of ecology because their study has a sense of essentialism. Another Greek historian who contributed to the study of nature is Herodotus, who defined the earliest accounts of mutualism. All of these ancient philosophers contributed to the early development and built the foundations of ecology.

Fast-forward to the 1700s when ecology reached a milestone in its development. During this time, various concepts, such as food chains, population regulation, and productivity, were developed by scientists through their published works.The two significant scientists who contributed to its development were Antoni van Leeuwenhoek and Richard Bradley, who both had a solid background in the study of biology. Van Leeuwenhoek was considered as the father of microbiology, while Bradley was a remarkable botanist.

In the 19th century, the Prussian biogeographer Alexander von Humboldt became an early pioneer in ecological thinking concerning ecological gradients. His work was influenced by the great English scientist Isaac Newton, wherein he heavily contributed to the foundation of modern ecological law. Apart from Humboldt, other natural historians, such as James Hutton and Jean-Baptiste Lamarck, also laid foundations in the modernization of ecology.

Moreover, the term ecology was coined by the German zoologist, artist, writer, and professor Ernst Haeckel in his book – Generelle Morphologie der Organismen. That is why some people had an ongoing debate as to who was the founder of modern ecological theory. Among the scientists, they proposed was Haeckel because of the book he authored.  Next on the list was Eugenius Warming, also with his writing the Oecology of Plants: An Introduction of the Study of Plant Communities. Lastly, some people thought of the Swedish botanist and zoologist, Carl Linnaeus. Linnaeus’ work earned him the title – Father of Modern Taxonomy. His contributions to the advancement of ecology influenced the English naturalist, geologist, and biologist, Charles Darwin.

After the various scientists who worked during the 19th century, several others continued to develop more profound explanations about the properties of our ecosystems. During the 20th century, ecologists from different parts of the globe continued to conduct observations and experiments in hopes of reaching scientific advances in the branch of ecology.