As of November 2016, the periodic table has 118 confirmed elements from hydrogen to organesson (formerly ununoctium). Out of all of the elements, only some of them are useful for humans and only a few names do ring a bell. These familiar elements might have been common because of their practical uses to man, but some of them have rather unusual applications most people don’t know. Here’s a list of the common elements with their surprising uses: Let’s start this list with Z. Zinc is one of the most popular elements in the periodic table because we see it listed as an ingredient of many vitamins and dietary supplements, as well as in sunscreen lotions. Zinc is also used in many other applications, but lately, it was being studied as a treatment for a common cold.

When taken in lozenge form or as a nasal gel, zinc acetate has been shown to cure common cold symptoms such as sneezing, congestion, discharge, coughing and others in patients tested, with varying percentage of effectiveness.  Its even made into beautiful zinc dining tables as well. The word tungsten came from a Swedish term “tung sten,” which means heavy stone. Oddly, it’s a chemical symbol is W even if there’s no W in the word, but it actually came from its other name, Wolfram. One of the most common uses of tungsten is for hardening saw blades and making drill bits.

Here’s a secret: tungsten is used for trickery. It may not have the luster of gold, but it does have its density (with only a 0.36 percent difference). Because of the closeness of their densities, a gold-plated tungsten bar can pass off as gold in superficial tests, and many fall for it. It’s a lucrative trick, but you’d get jailed once you’ve been busted. This scam has been existing since the 80s, and tungsten is still being found in counterfeit gold bricks in the UK and the US up to this decade. Copper is used in a lot of things like coins, jewelry, wires, electronics, architectural materials and more. However, its antimicrobial properties are not that widely known. Way back in time, Ancient Egyptians were already using copper to sterilize water, clean wounds and treat a variety of ailments like headaches, burns, itching, and leg ulcers.

This metallic element can actually kill bacteria once it comes to contact with its surface. Around 335 copper alloys were proven to kill more than 99.9% of disease-causing bacteria for just two hours when cleaned regularly. Items and fixtures such as shopping carts, health club equipment, handrails, door knobs, toilet hardware, and others have been approved by the Environmental Protection Agency to be made out of copper alloys. Phosphorus is most commonly used in fertilizers and matches, as well as additives in food in the form of phosphates to enhance flavor and moistness in cheese, frozen food, deli meats, baked goods, and others. Little did we know that it can be used to create a deadly weapon.

White phosphorous, an allotrope of the element, is the most toxic once. It can rapidly oxidize and ignite and burn deeply into the skin. Because of its destructive power, it was subject to controversy and debate, with some thinking that it must be banned. Most of the time, sulfur is associated with pungent things. Foul smells like rotten eggs, skunk scent, and even body odor are made by sulfuric substances present. But actually, it contains antimicrobial properties that kill bacteria, and that’s why there are sulfur lotions, sulfur soaps, sulfur creams, and other topical products available in the market.

The same germ-killing ability is the reason why sulfur has been used in winemaking since the 15th century. After the yeast-fermentation stage, the sulfites absorb oxygen and hinder aerobic germ growth that could turn ethanol into acetic acid, thus souring the wines. It basically kills any sorts of bacteria that can turn wine into vinegar. 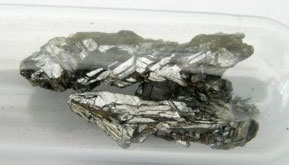 Arsenic is in a bad light nowadays as it is considered a carcinogenic element. Arsenic and its compounds were used in the production of insecticides, pesticides, and herbicides, but this practice has become obsolete because it is proven to cause devastating health effects.

However, it can still be useful in the medical field. Recently, researchers have been testing the arsenic-74 isotope in detecting tumors. It is found to produce clearer PET scan images than radioactive agent iodine-124, but further research for human application is being studied to confirm if it will be safe. If you want to remember what xenon is for, think of Xerox. Xerox machines make use of light, and xenon is used to create light-emitting devices like camera flashes.