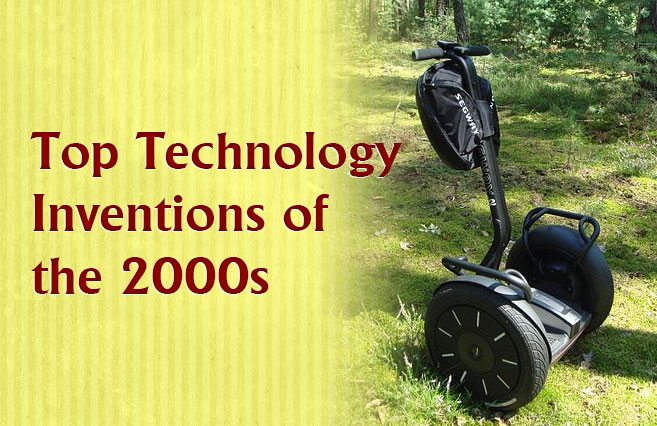 Here are some of the inventions that have shaken the technology world (so far) in the 21st century: The first E-readers were first launched by Sony in 2004, and were considerd forerunners to the tablets we have today. Sure, nothing beats the feel of a new book, but the best thing about E-readers is that it solved the problems of having to carry a hundred to over a thousand books. Download all the books to your E-reader, carry them in your bag and pocket, and with just one click or tap you can read all your favorite literature at anytime or anywhere you want. Mobil first launched the RFID/contactless payment technology in the mid-1990s, but only some gas stations were able to utilize its benefits. That would change though, as this technology became a useful tool for other business and financial transactions. MasterCard was the first major company to implement this technology in 2003. Designed for purchases under a fixed amount, this technology enables faster and fuss-free purchases, and it has been indispensable since. Although the DNA’s molecular structure was discovered in the early 1950s, it was not until the late 1980s that the government provided funding to be able to start the mapping of those genes with HGP in 1990. It was supposed to be set with a 15-year deadline, but the first maps were finally released in 1994 — a year ahead of schedule. It was complete by 2000. The advantages of this milestone in biotech may not be noticeable, but they’re nonetheless important. It enables us to trace the causes of certain diseases from the common cold to cancer, which may pave the way to better treatments. Plus the HGP allows us to manipulate and modify our genetic makeup. It is not without controversy, of course, but it radically changed our lives. The “cloud” or cloud storage refers to a model of data storage in which data is maintained, run, and supported remotely and made available to users through a network, particularly the Internet. This keeps us from having to save thousands of files to a computer or device. Aside from that, we can also share items like pictures or videos that we save through a non-physical, worldwide database. Although robotic-assisted surgery began in the ’80s, it was in the 2000s that the all-robotic and micro surgery were introduced. With technology such as the da Vinci System, NeruroArm, and MiroSurge, surgical robotics enable surgeons to perform operations with smaller and fewer incisions than ever before. It reduces the prolonged, stress-inducing hours that surgeons used to spend in the operating room plus with this kind of technology, the procedure is more painless and the patient’s recovery time is greatly improved. Most people have Skype nowadays which allows them to message instantly as well as call and video-call with their friends and loved ones in real time, from anywhere around the world — often for free! This web and mobile application was first developed in 2003 by one Swede, one Dane, and three Estonians. It could have been made just for laughs, but instead it grew into an empire that was eventually sold to Microsoft for $8.5 billion in 2011. It totally changed the way we do long-distance communication. The Segway Huma Transporter or Segway PT is a transportation device developed by Dean Kamen in 2001. It is the world’s first-ever self balancing electricity-powered transportation device. It has five gyroscopes and a computer that allows the rider to remain upright while on the go. Although mobile broadband actually came out before the 21st century, the mobile broadband that we know today was launched in 2001 in Japan and South Korea. Now different wireless frequencies are procured in order to make mobile internet faster and better. Imagine life without mobile broadband, our phones would be stuck in making text messages and phone calls, and not being able to connect across the globe using Facebook or Skype, play Clash of Clans, or watch your favorite YouTube videos. Our lives will never be the same again. Like the E-readers, iPod deals with the problems of volume, but this time by eliminating the need to carry physical things like hundreds of CD’s. Carry thousands of your favorite songs in your pocket, and you’ll have a fuss-free listening experience anytime, anywhere. While it’s true that MP3 players already existed before the millennium, none of them were as intuitive or as functional as the iPod. The incorporation of iTunes, its accessible design and not to mention the Apple logo, the iPod became the must-have gadget for music lovers. Without the GPS we would really be lost, literally — from finding the trendiest restaurant or locating a lost car. Whether it’s on your smartphone or installed in your car, the GPS has totally changed the way we travel. GPS actually came way before the millennium but way back then it was used solely for the military, with obviously a smaller network and infrastructure than the GPS we have today. In the mid-2000’s a full satellite and coverage enabled GPS for civilian use, and since then it has become important in our day-to-day activities. The popular video-sharing website YouTube was founded in 2005. At present, it enjoys over one billion active users every month, and a quarter of that number includes mobile users. You can watch everything on YouTube, from instructional videos recorded straight from people’s own homes, 30-second commercials, and feature-length films. Users can also share these their videos to other websites like Facebook. YouTube is also a tool for us to share and receive information aside from entertainment, that’s why it’s a big part of our daily lives. In 2000 car maker Toyota released the Toyota Prius, the first hybrid car available on the US auto market. Hybrid cars use both gasoline and diesel to power the car’s motor. Between 2004 and 2009 sales about 1.25 million units were sold in the US, and up to the present, the Prius has remained the most popular hybrid vehicle.