Science and technology can be quite strange. Although both have led us to wonderful and incredible discoveries, innovations and inventions, they also have things that leave us puzzled — even the most modern scientific measures aren’t able to decipher those mysteries. Check out the top 15 unexplained scientific discoveries here in this gallery. In 2001, a French particle accelerator Grand Accélérateur National d’Ions Lourds (GANIL) discovered something that should not exist, which were called tetraneutrons. They were four neutrons clustered together in a manner that defied the laws of physics. This is a totally new kind of matter. Some think that it could be “element zero”‘s nuclei, the one lacking in the periodic table. This intricate ancient machine is believed to have been made in 100 BC, — the world’s oldest analog computer. It remains a mystery regarding its origins and creator. According to popular beliefs, it was the Greeks who invented it due to the instructions bearing Greek characters, but other research theorizes that it could have been made in today’s Sicily, Italy. The “Baghdad Batteries” refer to three ancient artifacts which consist of a ceramic pot, a metallic tube and a rod, and are believed to date to late centuries BC to early centuries AD. When archaeologists discovered the batteries, at first they presumed them to be mere old clay jars until they found out that it contained a copper rod which had signs of acid corrosion. There is plenty of speculation regarding these artifacts.

Some theorize that vinegar or acidic fruit juices were used as an electrolyte to generate electric current, when in contact with the copper rod. Many speculate as to why these batteries were created — it could have been used as an electrical shock by shamans to stun people, or to electroplate stuff with precious metals like gold. However, only God knows for certain about the uses of these batteries. A series of cylindrical features that are found on and around Mount Baigong, in Qinghai province, China. Some were buried deep in the ground and in and on the shores of a saltwater lake. Although no one knows for sure why the pipes existed in the first place, some people’s imagination goes as far as to believing that the pipes are an ancient astronomy lab or even spaceship launching pad. The US National Oceanic and Atmospheric Administration discovered a strange sound and very, very loud sound in the ocean. It was so loud that it was heard over 3,100 miles from its source. It doesn’t sound anything like that at its normal speed, but NOAA’s researchers accelerated its speed 16 times more, which earned its moniker “The Bloop.” It is the loudest recorded sound ever recorded from the depths of the ocean, even louder than the sound from a blue whale. A popular belief holds that a massive underwater creature created that sound, although it has not been scientifically proven yet. Over 300 smooth and perfectly rounded petrospheres are scattered through the jungle areas of Costa Rica (Diquis Delta and Isla del Cano) and they range in size from small (only a few centimeters) to gigantic (as big as eight feet in diameter). They date from 500-1500 AD. How could prehistoric men carved these balls into perfection with such crude tools, and why were they created? Even in modern times these balls have continued to roll people’s minds. The Voynich Manuscript is an ancient handwritten book in which was scribbled a writing system that even present-day experts have a hard time decoding. This is not just a slapdash written piece, but it’s actually organized and peppered with detailed illustrations. No one knows for sure (as of yet) what the hand writings mean, or where the manuscript was first written (although some people assume they originated from northern Italy), or who wrote it. Einstein’s theory of relativity states that the speed of light is constant and cannot be changed. However, recent analysis shows that the light speed may actually experience changes among interstellar clouds. Physicists who have long adhered to Einstein’s theory see the new analysis as a kind of blasphemy. This new revelation has made our understanding of the universe in such a debatable state. Cold fusion has never really gone away, and it looks like it won’t in the near future. From the late 1980s navy laboratories in the US were running experiments to find out whether or not nuclear reactions generated more energy than they absorbed at room temperatures and normal pressure. This is thought to be possible inside stars.

In the event that cold fusion could be controlled, the world’s energy problems would be solved. It’s a little wonder that the US Department of Energy showed a great interest in it, and announced that it would welcome any new cold fusion experiments. However, the department eventually released a report that the results of the original cold fusion rendered impossible to reproduce, and therefore were apparently false.

The fundamental claim of cold fusion is that combining palladium electrolytes into heavy liquid will produce massive amounts of energy. However, the fusion is impossible to produce at room temperature, and every authoritative scientific claim sees it as a major stumbling block. A C-value enigma (or C-value paradox) is defined, in simpler terms, as the dearth of correlation between genome size and the complex nature of organisms. For example, a salamander can have DNA which is forty times that of a human being, and whose genes are as many as those of a tomato.

However, the C-value enigma was put in limbo as scientists uncovered the non-coding DNA. However, this discovery also left those scientists puzzled regarding the origins of the non-coding DNA, which also comprises 98% of human genomes and only 2% of bacterial genomes. This has left a lot of people wondering why it differs considerably among species. The dark energy (74%) and dark matter (22%) makes up 96% of the universe. The remaining 4% are the things that we can see around us. Although their gravitational impact can be observed by man, so far they haven’t been directly discovered. Recently, 37 skeletons were unearthed in central Europe. After being analyzed, it was revealed that these were actually ancient Europeans from 4,500 years ago. They are unlike the present-day pale-skinned Europeans, as their ancestors had dark skin and light eyes. How the swarthy ancient Europeans’ genetic makeup was radically transformed still remains a mystery. 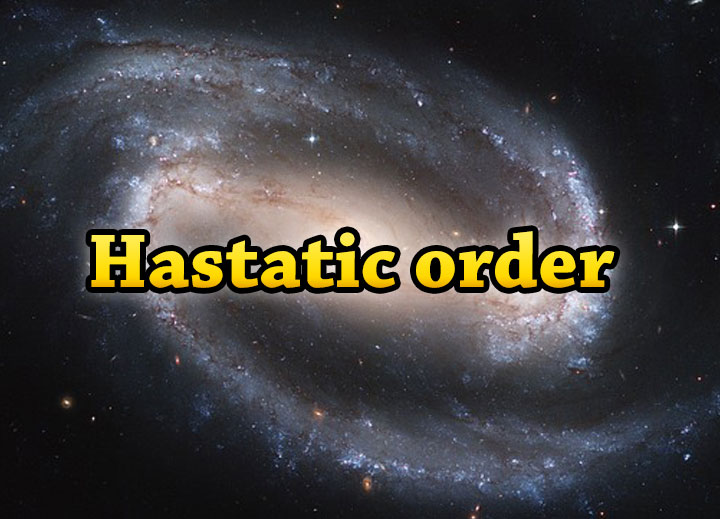 A Hastatic order refers to a fundamental manner of disrupting double “time-reversal” symmetry. This means that you have to reverse the time four times in order to get the molecule back into its original condition. This is perfectly illustrated by the uranium compound URu2Si2. It is cooled to almost absolute zero which leads to a bizarre reaction that creates a new property of matter. This has left scientists bewildered for over three decades. Beyond Neptune’s orbit there is a vast region of a solar system which is supposed to consist of comets, asteroids, and other smaller, icy bodies. That’s called the Kuiper Belt. However, there is a large empty “hole” in the belt which is dubbed as the “Kuiper Cliff.” How it became void still remains a mystery, although many suspect a 10th planet is orbiting the Sun within the belt. We’ve heard and experienced a phenomenon called “placebo effect,” which still baffles many of us including doctors and scientists. We won’t know for sure how an ineffectual and fake drug or treatment can cure a patient’s illness or improve his/her health. Could it be that the human brain itself can heal sickness or improve one’s condition? Our belief (and faith) that such treatment has the ability to cure us just illustrates the power of the mind over body.