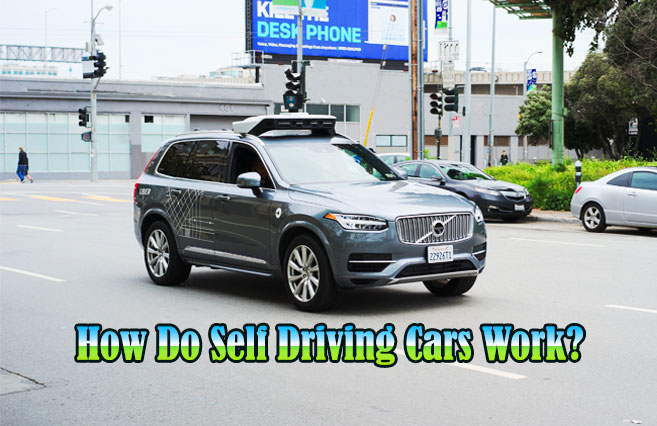 We are moving quickly to the era of smart cars or self-driving cars. It won’t be long before we start seeing and buying self-driving.  In fact, many new cars being sold today have advanced features like lane assist, collision detection, heads-up displays and more.  Self-driving cars are being tested in all corners of the globe, on all types of roads and at different scenarios for both commercial and public use. What’s powering this revolution?  One thing – Artificial intelligence (AI).

Self-driving cars will be guided by a series of cameras, sensors, GPS and radar that will generate huge amounts of data in real time that has to all be analyzed and acted upon by an AI system.

Almost everyone in the automotive and technology world is talking about self-driving cars and it seems that trend is unlikely to change. Ford along with Lyft and Volvo along with Uber is working on major self-driving car initiatives. Nissan has committed to selling semi-autonomous vehicles in the coming years, and Ford has stated that it will sell a series of autonomous cars by the year 2021. In fact, all of the major automotive firms and companies like Google (through its subsidiary Waymo) are developing tests vehicles that drive around “headless”.  Elon Musk and Tesla are also committed to self-driving electric vehicles.

As noted, AI is the key to the future of self-driving cars.  All of the major players in tech and autos are marshaling extensive resources to develop these AI systems and the physical components needed to provide data. For example, Toyota is investing $1 billion for five years to set up a company called Toyota Research Institute (TRI), located in the heart of Silicon Valley, dedicated to deepening these technologies. About 200 researchers are being recruited for this important project created in collaboration with Standard and Massachusetts Institute of Technology (MIT).

TRI will investigate self-driving and behavior patterns of humans inside and outside the car. The hope is that these technologies that facilitate driving will also be useful in helping the elderly and other people with assistive needs.

Audi and Nvidia have developed a prototype of the Q7 model, which is able to make decisions through deep learning. Deep learning is the field of study that helps computers interpret huge amounts of data in the form of images, sound, and text. By using different levels of neural networks, the computers, in the self-driving cars can see, learn and react to complex situations. With regards to safety, artificial intelligence will allow a self-driving car to better learn what is around it, to calculate risks and to act in anticipation of different hazards. You cannot make self-driving car see all the objects, which includes sidewalks, streetlights, buildings or cars parked on every street in the world, but you can create computers that can differentiate between objects, living things, and vehicles that the car’s cameras and sensors had not seen before and analyze and catalog them for future use.

Differentiating an animal like a dog from a motorcycle parked on the sidewalk helps the computer to calculate if the animal is in motion and the risk involved if it should cross the path of the vehicle. What is more important is to differentiate a cyclist from a pedestrian regardless of whether they are in motion or the size of each. A car with artificial intelligence can identify a sidewalk no matter how high it is, how far it is from the lane or its form.

The computer constantly learns and understands everything it sees in places it has never been and will react by sending automatic actions to the driver when calculating that there is a risk, such as possible accidents. In addition, with a system like the Intelligent Transportation System Connect that Toyota has already launched in Japan, cars will be able to share this information to prevent risks.

Artificial Intelligence in the Car Interior

All this information will help the car to adapt to the specific driving environment and improve driving comfort. Different services can be offered to the driver, such as changing the driving mode, proposing autonomous driving in certain scenarios and giving notices of traffic jams or incidents in the usual route in a car connected to a modern information network.

Today, there are already cars that take control of driving at specific speeds and in certain driving conditions but purely autonomous driving on public roads is not expected until a few more years down the road. When those cars arrive, they will feature many of the solutions emerging from artificial intelligence research that are being worked on today throughout the technology and automotive industries.