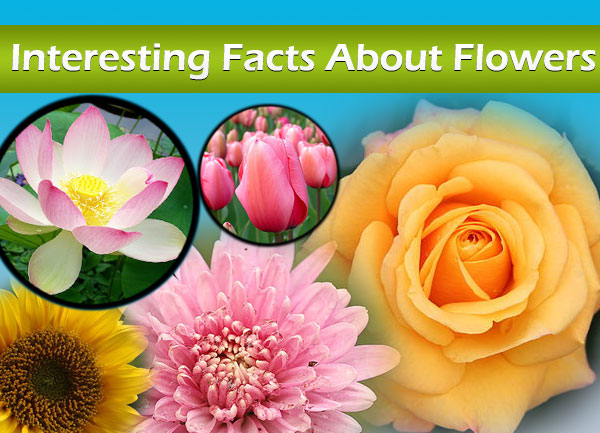 Apart from the amazing range of appearance and color, there are far more interesting things you should know about flowers! Keep on clicking to discover the more fascinating facts about blooms… Although that “magic” has yet to be proven, the lady’s mantle (Alchemilla vulgaris) has otherwise long been used as a medicinal herb. Containing amounts of salicylic acid, it helps to relieve menstrual cramps and painful menstrual periods. It is also known to have sedative properties and can also be used to treat small open wounds and cuts. The lotus (from the family Nymphaeaceae) is known as the sacred flower of the ancient Egyptians, who revered these water-lilies on the river Nile. They also used this flower in funeral rituals. The marsh marigold (Caltha palustris) also has culinary uses that most of us didn’t know. Its buds are actually used as a replacement for capers. However, in their natural state the buds have an acidic taste and are even poisonous; soaking them in vinegar long enough will help get rid of their unpleasant taste as well as their toxicity. There are many flowers that are referred to as moon flower, but in this case these trumpet-shaped blooms are part of the genus Ipomoea. Other flowers such as the morning glory and sweet potato also belong to this genus. Another amazing fact: tobacco plants are a part of the genus Nicotania but it also belongs to the family Solanaceae, or the nightshade family. This means that the tobacco is closely related to the more common tomato, potato and eggplant. At least your addiction to french fries dipped in a tomato ketchup is not as nearly bad as smoking. Roses and the commercially grown fruits mentioned here all belong to the family Rosaceae. Other fruits such as strawberries and plants like hawthorns and the lady’s mantle (mentioned earlier in the gallery) are also part of this family. The common sunflower (Helianthus annuus) usually tilts its head during the day to face the sun, but once it starts to bloom it also stops moving. This response of the young sunflower to the direction of the sun is called heliotropism, which also occurs in some other flowering plants. Once the sunflower reaches maturity, it usually faces towards east. But the titan arum (Amorphophallus titanum) otherwise gives off a stomach-turning smell that reminds you of a rotting animal, thus deserving its other name “corpse flower.” Tulips belong to the family Liliceae (lily family) and are native to Turkey and North Africa. They were introduced to Europe during the 1500s and quickly became sort of a novelty favorite particularly among the Dutch. Because of the popularity of the flowers during that era, tulip bulbs were considered a luxury item that were treated as a type of currency or as futures.  It even generated “tulip mania” between the years 1634 and 1637, where contract prices of tulip bulbs rose to astronomical levels. A single tulip bulb was ten times the yearly wage of a skilled craftsman! There has never been another flower that has set such economic uproar like the tulip has. Angelica is the genus of about sixty species of tall herbs, which include the garden angelica, a biennial plant. It is grown mostly for its stems and roots, which give off a pleasant aroma. It has cultivated for culinary and medicinal uses since as early as the 10th century. This genus of aquatic plants, Archaefructus, is now extinct. What you see here in this picture is the Archaefructus sinensis fossil, which was collected from the Liaoning Province, China.

Archaefructus has three species, which include the Archaefructus sinensis. Although it may not be Earth’s oldest flower, it is certainly one of the oldest. Archaefructus sinensis hadn’t any petals, but it had fruits that encased the seeds. This plant had flimsy stems that rose above the surface of the water. The seeds most likely fell into the water and then sprouted near the shore. The aster is a member of the family Asteraceae, where the daisy, chrysanthemum, and sunflower also belong.

During the ancient era the aster was regarded as sacred, so wreaths made out of aster were placed on the altars of pagan deities. In ancient Greece its leaves were burned to ward off evil spirits as well as to drive away the serpents. Historically, the glue was made from the sap of the bluebell stem. This natural adhesive was made to attach feathers onto arrows. Later it was even used to bind books as the sap’s poisonous content protected the books from the paper-eating insects. Many centuries ago Native American tribes used the blue cohosh (Caulophyllum thalictroides) as a medicinal herb, most especially to induce labor and ease childbirth. Later, European herbologists and mid-wives had also begun using blue cohosh. They made contraceptive and abortive drugs from the combination of blue cohosh and other ingredients. Many Eastern and Western countries associate chrysanthemums with death and therefore use them for funerals. It is no different in the European country of Malta. The Maltese also use the “‘mums” for funerals, but they don’t keep them indoors because they consider the flower as an unlucky symbol. Touted as the most expensive spice in the world, the spice saffron is obtained from the flower saffron crocus, or just crocus (Crocus sativa). The vivid crimson saffron threads are the styles and stigma of the crocus. After being plucked, the threads are then collected and dried to be used as a seasoning or coloring.