Who does not know Elon Musk? He needs no introduction but there are some hidden facts that you don’t know about Elon Musk, who is an engineer, business magnate, and industrial designer. He is a founder, CEO, CTO, and chief designer of SpaceX. Also, he is a CEO and product architect of Tesla, Inc. He is known for his bold claims and wild ideas related to technology. He is having some crazy ideas for the future.

Musk is one of the most unique and controversial entrepreneurs of the century. He works for public scrutiny. Apart from the world of business, Elon musk is a big geek, loving father, and well-known around the entertainment circuits. Musk was born to a Canadian mother Maye Musk and a South African father Errol Musk. He spent most of his childhood in Pretoria. At age of 17, he moved to Canada. Now he holds the citizenship of three countries; South Africa, Canada, and the United States. Currently, he is in Los Angeles, California.

Elon Musk’s Mom Is A Model 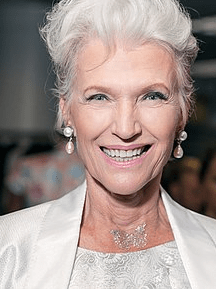 Maye Musk is a Canadian-South African model and dietitian. She is the mother of Elon Musk, Kimbal Musk, and Tosca Musk. She has been appearing on covers of magazines like Time Magazine health edition, Vogue, and Women’s Day. New York Post declared Maye Musk as a self-earned star.

Musk Dropped Out of Stanford

At age of 17, he got admission to Queen’s University. Two years later, he got transferred to the University of Pennsylvania. He earned a dual bachelor’s degree in economics and physics. In 1995, he moved to California to study Physics at Stanford University. Just after two days, he dropped out of Stanford University to pursue a business career.

Elon Musk co-founded Zip2 Corporation, a web software company, with his brother Kimbal. In 1999, Musk’s co-founded startup was acquired by Compaq for $307 million.

At Age of 12, Musk created a Video Game While using the Commodore VIC-20, Musk developed an interest in computing at age of 10. Within 2 years, he learned computer programming using a manual. At age of 12, he developed a code of a BASIC-based video game which he named Blastar. He sold his developed video game to Pc and Office Technology magazine for $500.

Musk, A Quiet and Introvert Child Elon Musk read the entire Encyclopedia Britannica by the age of 9. He involved himself in learning computers and technology. His parents thought that he was deaf because of his quietness. During his childhood, he was the smallest and youngest boy in the class. He was an introverted child who was bullied throughout his childhood. Once a group of boys pushed him down a flight of stairs. He was injured and taken to the hospital. Also, he was once beaten to death by a group of bully boys. Hence, he learned Judo, Karate, and Wrestling at the age of 15.

Musk and His Siblings His younger brother Kimbal Musk owns a Kitchen Restaurant Group. Tosca Musk, the youngest sister of Elon Musk is a filmmaker. Elon Musk the oldest of three children and stands 6’2” tall. His IQ level is estimated to be 155. It is claimed by Elon Musk that if the company would not have been able to secure the name Tesla, he would have named it Faraday. Michael Faraday was the British Scientist who was born in Elephant as now and Castle in 1971.

Musk Is the Real-Life Tony Stark Iron Man is based on Elon Musk a bit. Talking about Tony Stark, Elon Musk made a cameo appearance in Iron Man 2. Few scenes were filmed at SpaceX headquarters. During his college days, he lived on $1 a day. He used to buy hot dogs and oranges in bulk. During his college days at the University of Pennsylvania, Musk and his roommate turned their college house into a nightclub to pay their rent.  It would be shocking to know that Musk makes less than $40,000 at Tesla as CEO.

Musk got married to Justine Wilson, a sci-fi writer in 2000. Their first-born son died from a Sudden Infant Death Syndrome. Their son, Nevada was only 10 weeks old. Musk is having 6 children and all are boys. In 2004, Wilson, the first wife of Elon Musk gave birth to twins named Griffin and Xavier. In 2006, she gave birth to triplets named Damian, Saxon, and Kai.

In 2008, Wilson and Musk got divorced and now they share the custody of their five sons. All of them were born from In Vitro Fertilization. Elon Musk sent his Tesla Sportscar as a payload for the launch of Falcon Heavy Rocket. The sports car can easily be tracked orbiting around the sun.

Elon Musk, One of The Most Powerful People He currently holds the 25th spot on Forbes’ list among the Most Powerful People in the world. His net worth is $176.4 billion.

Starting from Zip2 to The Boring Company, the timeline is as follow:

Zip2 was co-founded in 1995 by Elon Musk with his brother Kimbal Musk was a web software company. It was acquired by Compaq in 1999 worth $307 million in cash. Out of which Musk got 7 percent of his share that was $22 million.

X.com and PayPal were co-founded by Elon Musk in 1999. It was an online financial service and e-mail payment company. It was merged with Confinity. Confinity was already having a financial service named PayPal. In 2002, PayPal was acquired by eBay for $1.5 billion in stock. Musk was having 11.7% of PayPal’s shares at the time of sale.

In 2001, must conceive a concept to building a miniature greenhouse on Mars. It would grow crops and reawake the space exploration interest in the public. The decade-long project had a total cost of $10 billion to build, design and deploy the constellation.

U.S. Securities and Exchange Commission sued Musk in September 2018. It was done on his tweet about making Tesla a private company. Later on, it was characterized as false, damaging, and misleading to investors. Two days later, Musk settled the allegations with SEC without admitting and denying the SEC’s allegations.

SolarCity concept was initially provided by Elon Musk. He financed the capital for his cousins Lyndon and Peter Rive in 2006. By 2013, it was the second-largest solar power system company in the United States. Later on, SolarCity was acquired by Tesla for $2 billion in 2016.

Neuralink was co-founded by Musk in 2016 to integrate the human brain with AI. The main purpose was to embed a device in the human brain to control machines/robots. The first demonstration was done in August 2020 named as a Fitbit in your skull. This would soon cure blindness, deafness, paralysis, and other disabilities. It was criticized by neuroscientists and publications.

In 2016, The Boring Company was founded by Musk to construct the tunnels. In 2018, the company sold 2,000 novelty flamethrowers.

Elon Musk – A Future of History of Science

Elon Musk got praised and recognized for the contributions he made in technology and business. He is entitled among the 100 most influential people in the world. Also, he was elected as a fellow of the Royal Society in 2018.